Budapest is a city of two halves. There’s Buda, the strait-laced castle district on the hill. And there’s Pest, where you’ll dine on smoky goulash, bathe in sulfur baths, and party the night away. Together, they form one of Europe’s most hedonistic and happening capitals, with enough Magyar history, paprika-infused stews, and – of course – chart-topping hostels to fill any backpacking trip.

This guide runs through the ins and outs of Hungary’s biggest city. It’s packed with tips on places to eat and landmarks to see. You’ll also get a feel for some of the awesome stays we’ve got lined up in Budapest, with options for pub crawlers and avid sightseers alike.

From ramshackle beer cellars to majestic Magyar castles, Budapest has stacks of awesome experiences up its sleeve…

They call them ruin bars, and Szimpla Kert is the king of the lot. Welcome to Budapest’s most legendary squat club, where the old tenement blocks have been converted into a weird and wonderful medley of dancefloors and drinkeries. Strange doesn’t quite do it justice: There’s a bathtub sofa here, a Trabant car there, and spiral staircases weaving through graffiti-scrawled rooms strewn with disco balls and jungle plants. Midday to 4am ain’t bad opening times either, eh?

In Ibiza you go to the beach. In the Alps you hit the slopes. But when it comes to sizzling off the hangover in Budapest, there’s only one real option: Szechenyi Baths. One of many spas in the city, it’s fed by natural underground springs that are rich in minerals. That’s what the sulfur smell is when you walk in. Peg the nose if you have to – the waters are said to work wonders! Szechenyi itself is a vast Neo-Classical edifice with Art Deco changing rooms, ice plunges, saunas, outdoor whirlpools, and much more.

Buda Castle crowns the hills on the western edge of the city. It’s a glorious reminder of the power of the Magyar kings, and you’ll be able to unravel stories of Ottoman invasions and sieges up between the walls. There are also some spectacular lookout points. Peer beyond the Rococo facades and medieval bulwarks to see the River Danube snaking away through the Hungarian mountains to the north.

Sorry to put a downer on proceedings, folks, but the House of Terror is worthy of a mention for its stark and raw exhibits. They chronicle the years of Stasi control behind the Iron Curtain in Hungary, offering a sobering glimpse into what the city was like before 1989. You’ll see haunting photos of victims of the regime and even wander the old torture rooms.

Goulash, Goulash, and more Goulash – that’s pretty much how a Hungarian cookbook would read. In Budapest, there are oodles of places where you can sample the famous broth. Gettó Gulyás is known for huge portions served in a chic interior. There’s Hungarikum Bisztró, where foot-stomping Magyar folk bands play in the background. Or, you’ve got Communist-styled Gulyás étterem.

Dating way back to the late 1800s, the Central Market Hall is a famous landmark in downtown Pest. Delve into its curious Neo-Gothic building on the edge of the Danube to find a hubbub of stalls selling everything from fresh fruit to salted hams to spices and broiling goulash. In the morning, the custard cremeschnitte pastries go down well with a strong coffee.

Falafel? In Hungary? You bet! In a city with such a long and rich Jewish heritage, it’s hardly a surprise that hummus and chickpea staples have made their way to the Hungarian capital. Check out the simply named Falafel Bar for some of the best around. Right in the heart of the old Jewish Quarter, it’s got a mezze menu that bursts with pomegranate molasses and fresh falafel balls.

Our hand-picked hostels in Budapest

Looking to party? There are off-the-hook spots with bar crawls and beer pong in Buda. Want chilled times and comfy beds? Check out the boutique posh-tels Hungary’s capital has to offer… 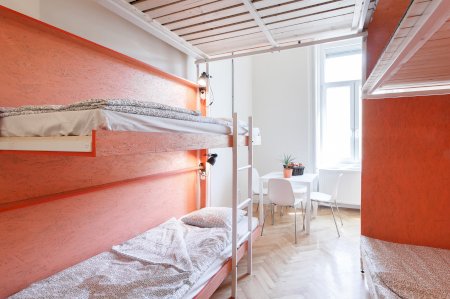 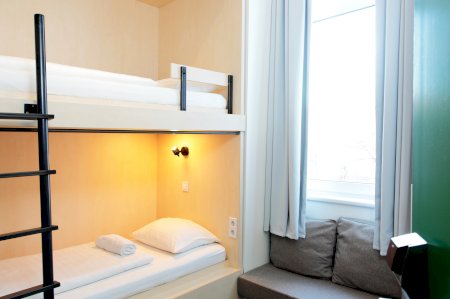 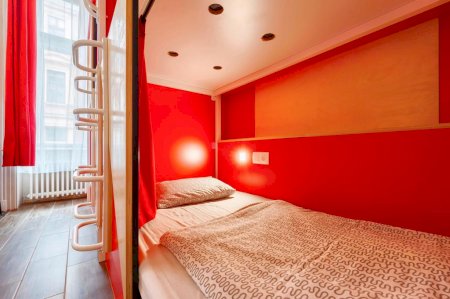 HostelPass is your destination for Europe's best hostels, all included in one pass. Download our app to plan your next trip using HostelPass.