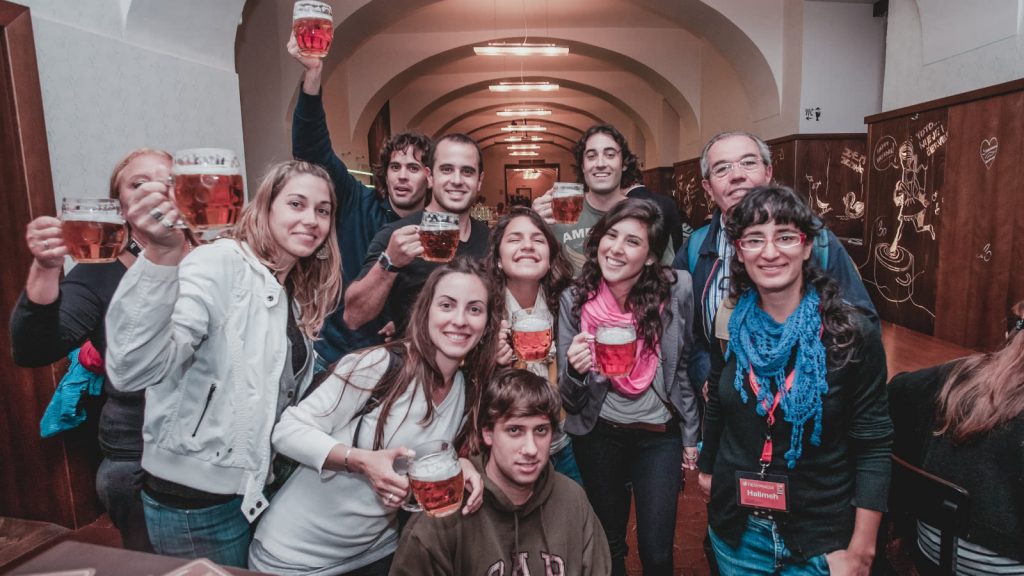 Join this 2.5-hour Belgian beer tour and taste some of the best that this country has to offer. Visit two of the greatest bars in Brussels and sample both Trappist brews made by monks and Lambic beers unique to the Brussels region.

Learn about the history of Belgian beer

Belgium has over 1,000 beers and has a brewing culture that has been producing the world’s best since the 12th century. In fact, in 2016, UNESCO put Belgian beer culture on their list of the intangible cultural heritage of humanity. Join this beer tour and learn all about the brewing processes and the history of Trappist and Lambic beers.

Sample some of the world’s best beers

Belgium now has over 200 active breweries that produce a variety of beers, from pale lager to Flemish red ales, fruit beers and stouts. During this 3-hour beer tour you will have a chance to taste from the world’s largest selection of beers from Belgium in two amazing bars for beer lovers.