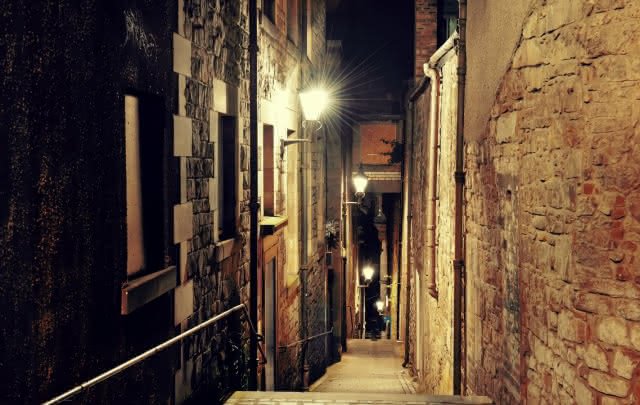 15% off Edinburgh Dark Side Tour

Edinburgh has a long and dark history that includes acts like grave robbing, body snatching, serial killers and witch burning. On this 2-hour Dark Side walking tour you will see Edinburgh’s shady and wild side as you hear real-life tales of witches, body-snatchers and cannibals. Explore the spots where murders, monsters and mayhem have become things of legend, and visit Old Calton Burial Ground or Canongate Kirkyard, two of Edinburgh’s most chilling cemeteries.

Your Edinburgh Dark History Tour meets on 130 High Street and finishes on the Royal Mile near the start point or at Canongate Kirkyard.

Living in Edinburgh over the past centuries meant looking out for death on every corner. You might be accused of being a witch and being burnt at the stake, or someone might kill you so that they get paid for donating your body to the medical school. There was even the threat of cannibals and vampires to look out for. From the serial killers Burke and Hare, to Calton Hill where the witch burnings took place (today offering some of the best views over Edinburgh), on this 2-hour walking tour, your expert local guide will tell you the grim, scary but most importantly, true stories of life after dark in old Edinburgh.

Even your body wasn’t safe

Your problems didn’t stop once you were dead though, because even your body wasn’t safe. Some Edinburghers took to having cages put over their final resting place, so that their graves weren’t robbed or their bodies weren’t snatched. For those who couldn’t afford this luxury, they would have to hope a family member loved them enough to stand watch over their grave, until their corpse was no longer useful to science. During this walking tour, you’ll visit the Calton Cemetery and the Canongate Kirkyard, and see the mausoleums and caged-in graves that still exist today.