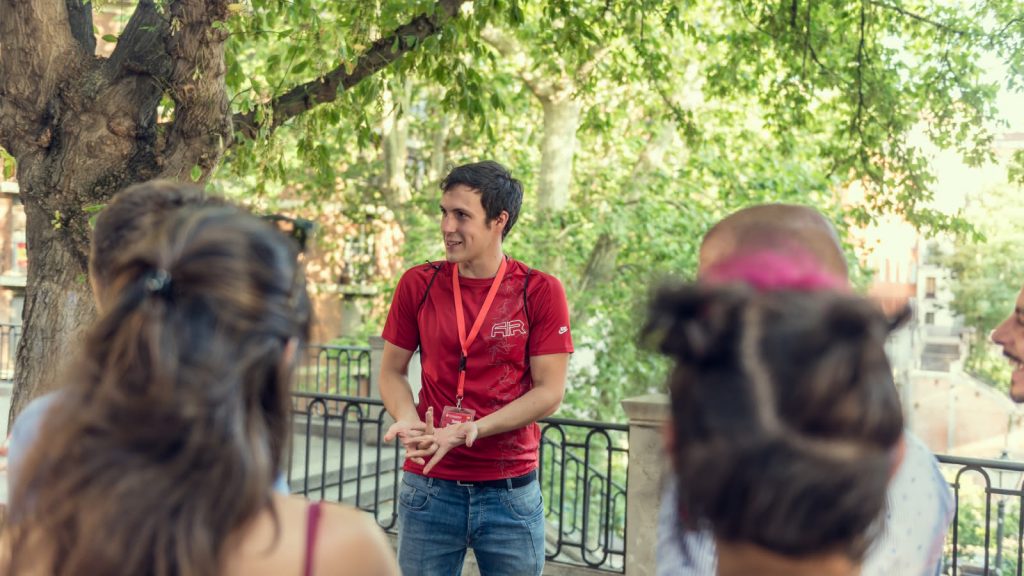 Take in some of the most vibrant parts of Madrid on this 2.5-hour walking tour

This 2.5-hour cultural walking tour leads you through the heart of Madrid, taking in some of the most vibrant parts of the city and stopping by the Puerta del Sol, the literal and figurative centre of not only Madrid but of all of Spain! Take in the sights of Madrid’s central boulevard and hear about major events occurring during the various golden ages of the city’s long history.

Your Majestic Madrid Tour starts in front of the Tourist Information Centre in Plaza Mayor and finishes at Plaza de España.

Join your local, expert guide on a journey through Madrid’s civic history, from it’s elevation to the capital of the Spanish nation and convergence point of Spanish roads under King Charles III, affectionately known to Madrileños as the “Best Mayor of Madrid”, to the evolution of today’s modern city under the influence of Antonio Palacios, Madrid’s most important architect. Hear about the fighting spirit of the Madrid locals, be it defeating Napoleon’s troops in street battles or shutting down the city through the anti-austerity protests of the 15M Movement in recent years.

Stroll with your guide along the full length of Madrid’s most iconic street, the Gran Vía, admiring its impressive buildings and soaking up the bustling atmosphere. Stop at the Plaza Callao and hear about the glittering days of Madrid’s cinema boom of the 50s, before being treated to one of the best views of Madrid, a secret insider tip! Finish up the tour by paying your literary respects to Cervantes and some windmill jousting with Don Quixote at the newly renovated Plaza de España.