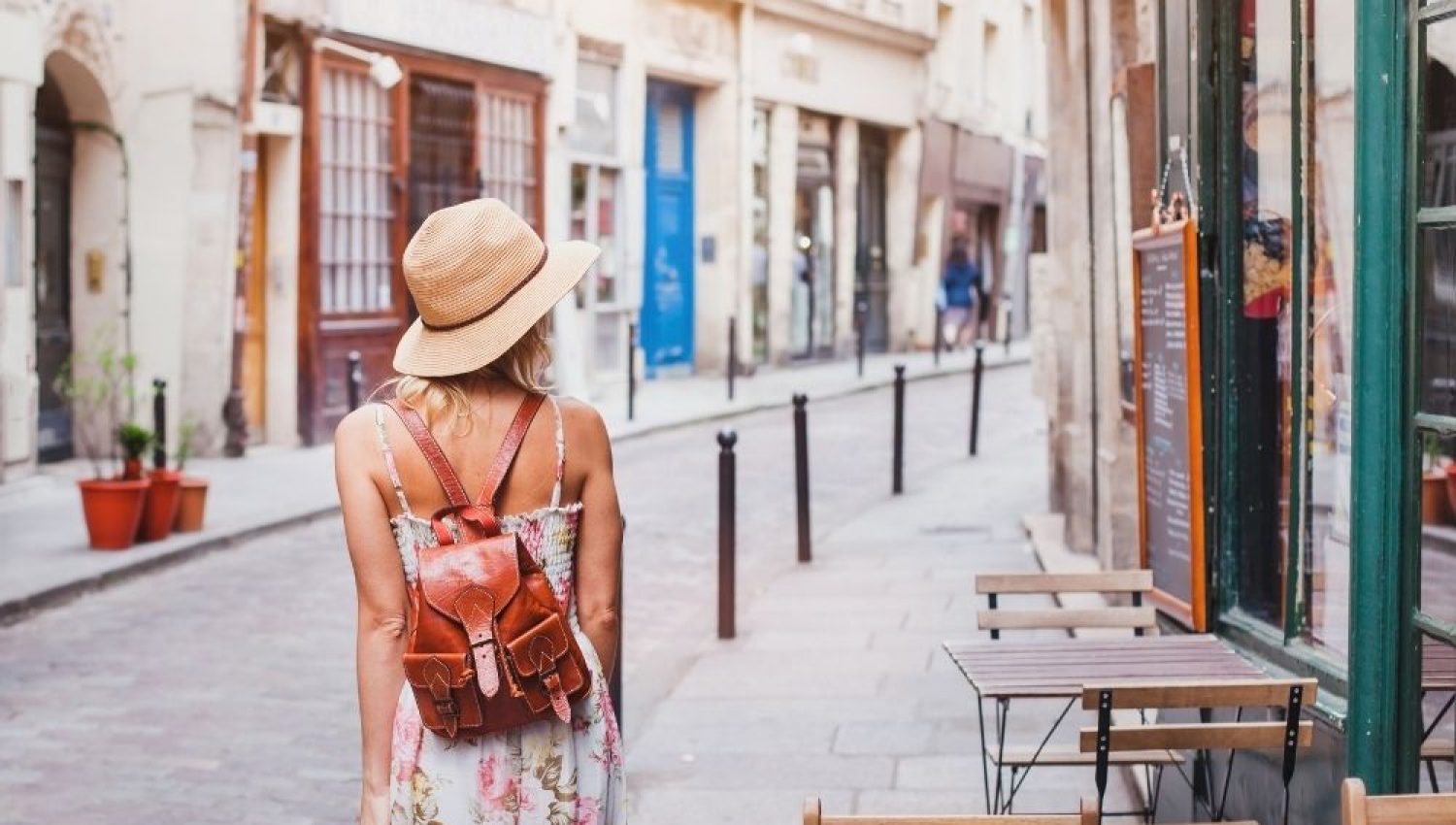 So, you’re putting together a Europe bucket list? This guide hops from the sparkling Med to Eastern Europe and all over, seeking out the most amazing things you simply have to see when traveling the continent. Enjoy…

Oh, Europe! You’re a looker, that’s for sure.

Bucket-list attractions burst from every one of your cobbled old towns and ancient centers. You’ve got more UNESCO World Heritage Sites than any unsuspecting backpacker can poke a plane ticket at. This is a land where parties fuelled by Czech beers meet glowing sunsets over Lisbon’s Tagus Estuary; where crispy-croissant mornings in Paris rub shoulders with nights of Neapolitan pizzas and Polish pierogi.

That’s not even mentioning the backcountry, either. With everything from jagged Carpathian peaks in the east to silver beaches in the west to huge volcanos and Alpine meadows, this is one darn Instagrammable land to say the least.

But what are the must-see spots every backpacker should know about? What’s the crème-de-la-crème of Europe’s sights? Who are the movers and shakers of the continent’s travel scene? Cue this Europe bucket list for backpackers. Compiled by globetrotters, for globetrotters, it ranges through some seriously awesome hotspots that simply can’t be missed…

Starting the ball rolling is the grand entranceway to the 1898 World’s Fair. Now the symbol of Paris and France, it towers high above the Champs de Mars and the Seine with its distinctive iron work and pinnacle. At its top, the highest observation deck in the whole of the EU beckons backpackers with 360-degree views of the capital – you’ll see the Sacré-Coeur in the distance, and even the booksellers dotting the riverside. However, we think one of the best ways to appreciate the spot is by bringing along a crispy baguette and some French cheese for a picnic in the park below.

Don’t worry – the gladiators and lions are all gone these days. You might find a Russel Crowe doppelgänger strutting outside in full Centurion, though, even if a selfie with them will cost you more than a whole pizza. Either way, welcome to the Colosseum! It’s up there with the most-visited attractions on the planet. And why not? It’s a wonderful glimpse at the grandeur of the Roman empire, still shouldering above the Italian capital with its archways and viewing terraces. Bag a ticket that lets you do a queue jump, and don’t forget to explore the Roman Forum area that’s right next door.

Weaving and winding their way around the heart of the Dutch capital, the canals of Amsterdam are a sure-thing addition to any Europe bucket list for backpackers. Built more than 400 years ago, they form one of the most immersive cityscapes on the continent – think arched stone bridges and drifting barges, Flemish townhouses and waterside flower markets. A Canal Ring cruise is a doozy of a way to see em’. Hop on and watch as life in the capital drifts on by.

Sunscreen at the ready? Speedos packed and primed? Good. The Greek islands are all about chillaxing by turquoise seas and getting into the slow rhythms of southern European life. Backpacker favourites include the dramatic volcano isle of Santorini (said to have the most awesome sunsets on the globe) and the party mecca of Mykonos. However, we’d also throw in Poros for its yachting scene, and Rhodes, home to medieval fortresses and blinding beaches.

No Europe bucket list could possibly be complete without a mention of London’s world-famous landmarks. The array is seemingly endless. Look one way and you’ll catch the great outline of Big Ben. Look another and you’ll see the gold-gilded gateways of Buckingham Palace – the home of the Queen! Then there’s the haunting Tower of London with its Beefeater guards and tales of beheaded ghosts. And you’ve got the British Museum, which beckons when the UK rains come (and they probably will!) with endless artefacts sourced from all over the world.

The Palaces of Vienna

Vienna is one of those cities that will take the breath away. Once the capital of the Habsburg Empire, it was given more beautiful Baroque palaces than you could possibly get through in a weekend. Up top on the Europe bucket list here is the Hofburg, which you can’t miss as it unfolds with its colonnaded wings in the middle of the city. There’s the Schönbrunn, too, and the bling-bling Belvedere, each offering hours of grand court rooms and gardens brimming with topiary hedges.

Even the Romans knew that Budapest sat on natural hot springs. They came here way back when to build ancient bathhouses. It was a tradition set to continue, because today you’ll find some of the largest bathing complexes in the world in the Hungarian capital. The cream of the crop is surely the Széchenyi Baths, which have al fresco whirlpools and subterranean saunas. At night, head there to join one of the pumping spa-parties (known locally as ‘sparties’, obviously).

Ask any beer aficionado where they’d like to spend most of their time and Prague is a likely mention. The home of the original Budweiser-Budvar name takes its hops-brewed tipples extremely seriously. Most of them are of the unpasteurised variety, which adds extra flavor and body to the bottles. Find them in the centuries-old cellars of U Fleků and U Hrocha, which are just two of the legendary, lively beer halls of the city. Before you start drinking, make for Prague Castle and be sure to get lost in that maze of an Old Town!

Poland’s cultural capital is an atmospheric addition to any Europe bucket list. The UNESCO Old Town draws the attention. It’s all cobbled lanes and sprawling squares (the Main Square is actually one of the largest in the world!). Close by is the café-brimming district of Kazimierz, complete with hipster food joints and aged synagogues. At night, Krakow gives rise to one of Europe’s most buzzing backpacker pub crawls, along with vodka tasting and plenty of traditional Polish food.

Weird and wonderful, La Sagrada Familia spikes its way above the blocks of bustling Eixample neighborhood in the heart of Barcelona. Known for its curious turrets and carved façades, the church is actually still a work in progress. It flaunts a mishmash of Art Nouveau, fantasy, and medievalist architectural styles, while inside comes illuminated by stunning stained-glass window art. Be sure to book your tickets in advance for this one – it gets busy. Hostels in Barcelona should be able to help with that.

Got anything to add to this awesome Europe bucket list? We’d love to hear it! Just drop your thoughts in the comments below.

Wherever you want to go in Europe, HostelPass has you covered. Make sure you join our Europe Pass waitlist to be the first to know when the Europe Pass goes on sale! 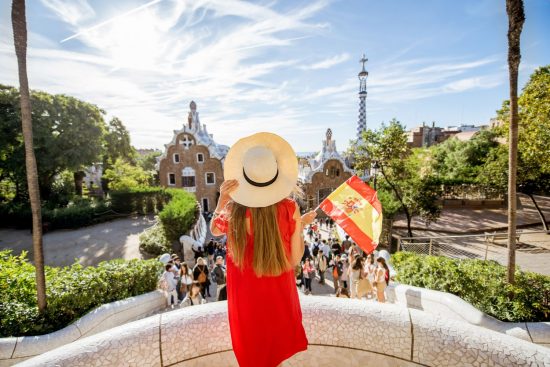 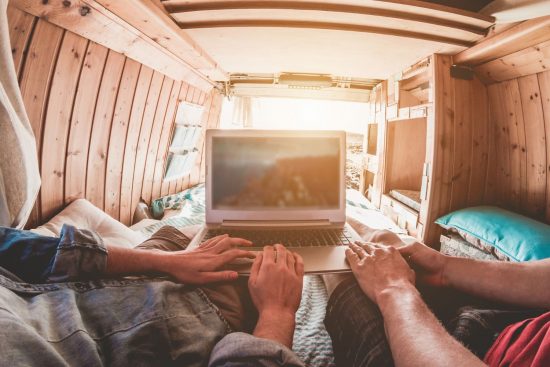 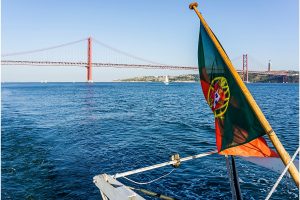